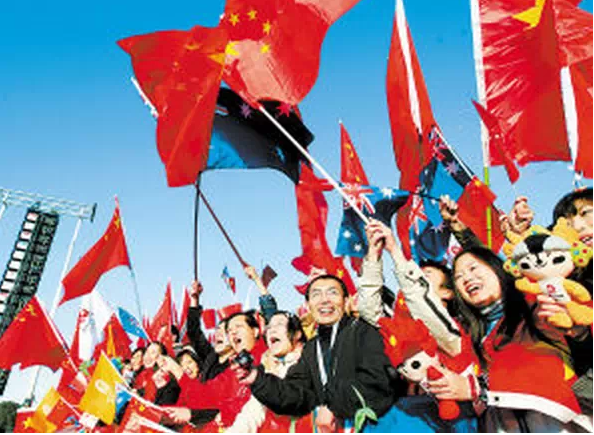 Do you know the difference between “Chinese people” and “ethnic Chinese?”

“Ethnic Chinese” includes Chinese nationals and also includes those whose ancestral homeland is in China but have foreign citizenship.

So ethnic Chinese are not at all Chinese people, and as far as those who hold foreign citizenship or those who have sworn fealty to a foreign flag, they of course don’t have a duty to swear “allegiance” to China.

After all, modern society regards “nationality” as a legal idea. The idea of race nowadays is a kind of restrained feeling and isn’t in any way legally binding. With regards to overseas Chinese , they really don’t care about their own nationality so they are completely free. We don’t have the standing to hold them and their choices to the same standards as Chinese people.

In the world at large, this is all basic common sense knowledge. Perhaps due to the length of Chinese history and culture we are more used to using “ethnic groupings” to differentiate one another. Even unto today, some of our compatriots still like to think of “ethnic Chinese” as “Chinese people.” But this kind of attitude in our world will not work.

One recent example of this is the recently deceased “founding father” of Singapore, Lee Kuan Yew. Some of our compatriots think he promoted the reunification of Taiwan and Mainland China and assisted with reform and opening in the 1980s. They believe he is a kind of guy whose heart is oriented toward his homeland. Others of his countrymen point out, “don’t forget, although he is an ethnic Chinese person, he also made Singaporeans learn English and was always on guard against China. He is really a ‘banana,’ and Chinese people should not praise him!” These two kinds of responses are both a result of this – we still use “patriotism” as the standard to evaluate Singaporeans.

Lee Yuan Kew ancestral homeland indeed was in Guangdong, but he was never a Chinese person. As Singapore’s leader he was simply pragmatic, a lesson for post-reform China in how to conduct itself internationally. In the international environment of the 1960s and in terms of economic benefit, if Lee Yuan Kew always given priority to caring for China and its attitudes toward Singaporeans, there is no way that the pincer attack of English Control and Malaysian nationalist power could have been overcome. Singapore might have never reached the pinnacles of power it has reached today. Without Lee Yuan Kew’s cold-hearted political manipulation, Singapore could not have been as successful.
Overseas Chinese can have strong feelings for their country, but their thinking cannot be too simple. Just in South East Asia, there are a lot of difference between ethnic Chinese people. Although in Lee Kuan Yew’s Anglophilic Singapore, Malaysian Chinese persevere in teaching simplified Chinese. In Thailand and Indonesia there are plenty of old loyalists, and in Myanmar ethnic Chinese have endured regime change between many tyrants. In the past 100 years, the homeland has been too far and too weak to depend on. Assimilating or becoming independent were the only realistic choices.

On the world stage, some “ethnic Chinese” scientists have received some of the highest honors, others have performed exceptionally in athletics at the highest levels, and still others have made outstanding contributions in politics. All of these achievements are likely to make Chinese people proud. Although the success of the Chinese figures certainly promotes the impact of the Chinese race in every country, but the nationality of the people, after all, is not written on “China.”

In an age of peace, our wishful thinking and feelings are spent by basketball fans from whom the NBA profits. College are just wasting some old people’s pensions. The responsibilities and cost of law enforcement are increasing. But on the battlefield of government and military affairs mistakes are expensive. During the Korean war, there was once an ethnic Chinese US soldier who used his Chinese face to sneak into our army’s ranks. Once there, he helped the American army to win victory in a decisive battle. We can say that he was cunning and treacherous, but instead it should call attention to ourselves. He had an American passport, swore loyalty to the American flag, so he helped the American army defeat the Chinese army. It was his duty. Similarly, the name and the face of the American ambassador should not make you believe that he came back here to work in China’s interest.

In short, in our modern world the most reliable foundation for judging one’s identity is nationality and not one’s ancestral home. Our compatriots should understand ethnic Chinese people’s position and appreciate their accomplishments, but in the end treat them with a “business-like” mentality. 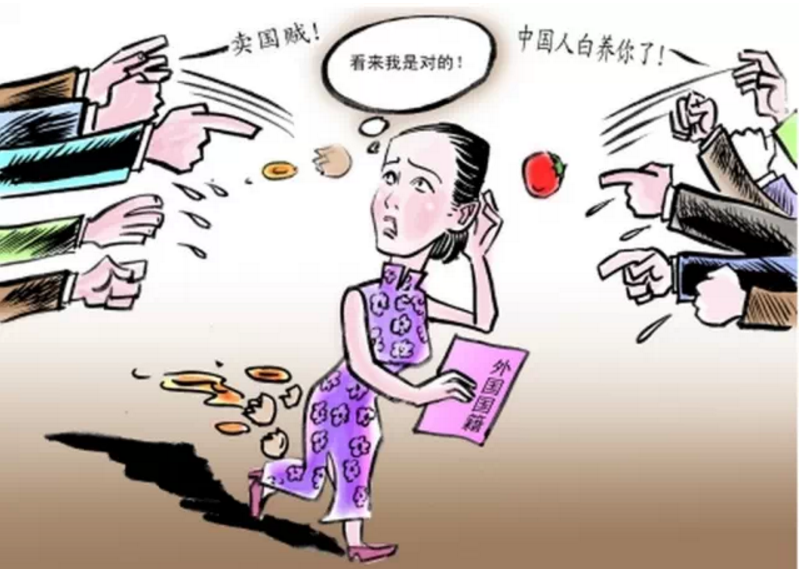 During China’s war of resistance against Japan, countless of exceptional Chinese people came back to the ancestral homeland to join troops, willing to give up their lives to fight in the war of resistance against Japan. In the new China, there is also a lot of outstanding scientific that has given up a comfortable life in the developed world to join the difficult work of modernizing China. Now, China doesn’t need pictures or catchy slogans to bring back its outstanding children from around the world. It can make all Chinese people realize the dream of the homeland. Only then can it arise in them lasting feelings of mutual profit and shared success. If in the future it is a foreigner who has no choice but to live in a Chinese world, should Chinese people worry about where his ancestors are from?